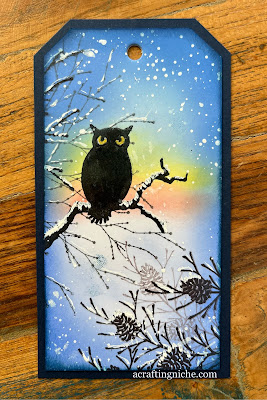 Today, there isn't a new tag prompt from Karen Telfer.  So I decided I would make another version of the Day 7 tag.  I followed the same colouring for the background, but changed the stamping.

I added snow to the branches and splatters to create the snowflakes using Dr Ph.Martin's bleed proof white paint, using a metallic gold pen for the eyes of the owl. 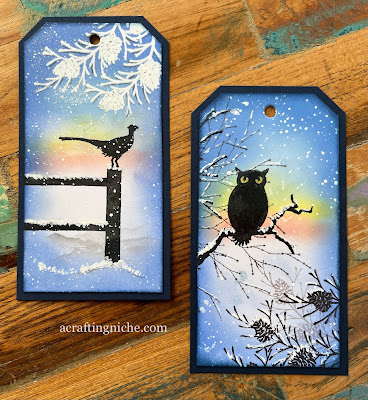 Here are the two Day 7 tags together.
Posted by Sam Squires - A Crafting Niche at 12:09