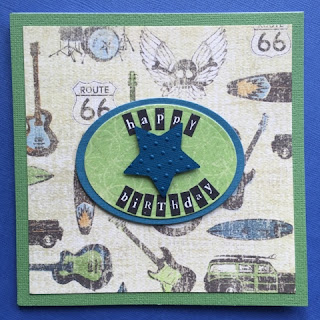 Some time ago, I rescued an old Welsh hymn book that was going to be thrown away. I didn't have any specific ideas on how I would use it, but decided to use one of the pages on a tag. 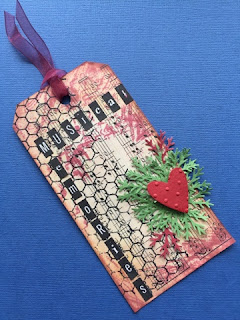 Last night the final of The Great British Sewing Bee 2016 was aired on TV. Due to other commitments, I wasn't able to watch it at the time & was disappointed that some "kind" person felt the need to state the winner in a one sentence post on Facebook. I will watch the final episode later today, but it won't be the same knowing who the winner was.

Edited to add:  I've now watched the final episode.  It was a close thing with all three contestants.  They all had issues with their creations and excelled in other areas.  I applaud all three finalists for their makes in such a small timescale.  I for one, would not be able to do it in the time they were given.  I suspect Monday evenings may become a bit of a void for a few weeks now that The Bee has come to an end for this year.
Posted by Sam Squires - A Crafting Niche at 16:57